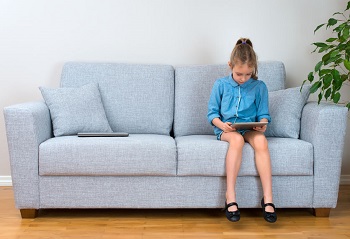 Addiction to Games and the Effect on Children

We often think of it as addiction to drugs, cigarettes, gambling and alcohol, but it can also be even simpler things like, eating, gaming or even playing sudoku. Addiction is often thought of as an adult problem but this isn’t always the case. Children can also be addicted to these things. This behaviour mightn’t be a problem for you, but if your child is addicted to something, then it can also have catastrophic consequences for you, your family and friends if not treated.

Addiction is not being able to stop doing something, it’s a compulsive behaviour that takes over their life that they can’t stop doing without help and support.

I thought I knew about addiction being an ex-smoker and knowing how hard it was to give up, I had to have a really good reason why I should stop that kept me going and motivated to stop puffing on a cigarette.  I really thank that I was pregnant with my daughter, otherwise I don’t think I could have ever stopped.   Maybe I’ve got an addictive personality?

How I get Hooked on a Game

I’ve always been careful with alcohol, never drinking on a regular basis and drugs have been a fear, so I’ve never used them as I don’t want to get hooked, cigarettes was hard enough to quit or go without, so why would I put temptation in front of me? Then I started playing games on the computer, minesweeper got me, I was hooked. I would spend hours avoiding bombs and unlocking the puzzle. My waking hours would be spent not playing the game but still thinking about avoiding bombs.  I’d be hanging the washing on the line and thinking about bombs, I’d be shopping in the supermarket and find my mind wandering to avoiding bombs.  Maybe this was a problem and I really did have an addictive personality?

Wow, I’m an adult and I was having trouble controlling my thoughts about a stupid game.  Time to give that particular game up!  Suduko hit the market, I bought books and had fun doing the puzzles, mind expanding puzzles, or so they said.  No problem here, then it hit my phone, I still could do it, have fun and not be obsessed.  Then last week I got a new strategic mind puzzle game.

“There is a fine line between behavioural addictions and helpful habits.”       -Adam Alter

Where does the time go?

Oh no!!!!!  4.5 hours later and I was still playing, where had the time gone????  The next day I started at 9 pm thought I would play a game before bedtime, 2 am and I finally stopped playing, where had the night gone?????  The following day I had to play a game at lunch time to see if I could improve my score, luckily 3 hours later the phone rang and took me out of my stupor.  I got back on again that night and was mesmerised for another 5 hours. I woke the following morning thinking about blocks and positions, all day I just wanted to play finding my thoughts going constantly to block placements, but I held off till that night and played again till late into the night.

Five days after downloading a new game and I’ve got a problem, an addiction problem, but I loved this game, maybe I could limit my playing and keep playing???  I must admit, I did try, but no!!! I couldn’t play without being totally consumed and completely obsessed.  I have to go cold turkey and never play it again. I am grateful for my ability to identify and modify my behaviour.

This obsession with the game has made me wonder what our children do when they get obsessed.  I’m an adult and realized I was going to have a problem so modified my behaviour straight away, but kids won’t realize this, so what will happen to them? How would parents know their children have a problem that needs addressing? What should we be looking for? When should we intervene in the seemingly harmless activity of playing games. Time to do some research on the effect addiction has on our kids and this is what I’ve found.

Key Questions to Ask Yourself

What do the Experts Say?

“Your kid is not weak-willed because he can’t get off his phone….. Your kid’s brain is being engineered to get him to stay on his phone.”    -Ramsay Brown, (neuroscientist) in a recent Time article.

What can Parents Do? 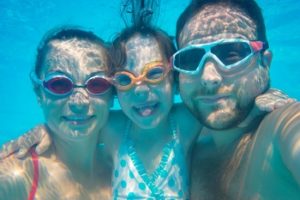 Take the kids outside to get some sunlight, fresh air and take in the nature around them.  Go to the park and enjoy being outdoors.  Vitamin D is  great for emotional happiness.

Start a Hobby or Activity

Creative endeavours is a great way to get your brain working and engaged in other activities.

Spend time together as a family.

Helping cook dinner together each night, doing the dishes together or doing the gardening together can be great family bonding time, don’t underestimate simple time spent together each day, you don’t have to have big trips.

Physical touch is really important for everyone, hug your kids, even if they are teanagers and tell them you appreciate and love them.

Be positive, change or get rid of any negative attitudes, teach children gratitude, and how to look on the bright side of life.

Listen to each other

We all love to be heard when we speak. If we are not heard we can shut down and not share, so make sure you listen to your kids and hear everything they say. Ask them questions and be interested in what they say.

Practice mindfulness as a family.  You can incorporate meditation, breath work, and yoga into family activities.

Prioritise good sleep hours going to bed early after dark and rising early in the morning, just like nature intended.  Make sure your bedrooms are your sanctuary and they are dark cool rooms.  Reduce technology especially at the end of the day and turn off WiFi each night.

Have a daily allowance of technology use and never go over this amount.  Turn down the brightness on screens or use a blue screen.

Obsessions and addictions come in many forms. When they occur in adults some adults are self aware and some are not. Addictions and obsessions that occur in children can be related to games and technology. Behavioral and physiological damage in children is becoming more well documented. The experts suggest 4 key questions for parents to ask and also have a series of recommendations which will help your children.