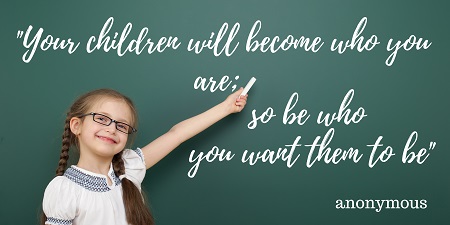 Children are little sponges, they take in so much of the environment around them.  They take on so much of what they see us doing, hear us saying and the feelings that we give out can dictate what our children think is possible, what they believe about life, how they react to life situations, the choices they think they have available to them and all this ends up playing out how their future unfolds. Will your children be the next generation of Business Leaders?

How do Children Learn? 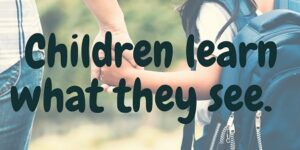 Children don’t learn from being told how to do things, they learn by imitating our behaviour and our life choices.  In fact 80% of our perception comes from what we see.  We teach children how to choose their emotions by the way we choose ours, show by our reactions and talk about our own emotions. Children learn by watching our reactions to the choices we make, so if we hate our job and show our emotions by resenting going to work, our children learn that work is a horrible thing to do, that people don’t enjoy doing.  This same child is just as likely to choose a job he hates because he doesn’t believes you can enjoy your job and working is a horrible experience.

“Children learn what they live. This includes anger, hostility and aggression. The primary method of early learning is imitation (Gruber and Voneche, l977). Children imitate what they see, what they hear, and what they experience. They typically do not do what they are told to do, but rather, do what they are shown to do.”  Allison Davis Maxon 3 Aug 2017.

My granddaughter has been exposed to a variety of situations in her short life, which gives her a choice in her decision about what she will do in her future.  While her father and paternal grandparents are wage earners, her mum manages a business, her step father has his own business, her aunt a paramedic, and me, well, she has watched me drive a forklift, load a truck, been around as we organised legal proceedings and seen me run a roofing business, as well as other business duties.

Leadership from Play and Pretend

Playing pretend games around what my grand-daughter will do when she is grown up, is something she has always done.  She is often the teacher and I have to be the student in her games, I have a play tea set which she has often played restaurants with and served me up pretend coffee and foods.  Last week her game developed into me being the owner of the restaurant and her being the manager. When we play I try to teach her something. She balks as she feels the school lessons coming on. Now I am trying a different way. I decided to start to teach her about business in the form of a game.  I used our game – a role play – to teach her by asking her questions like :

These were all grown up and real questions a business would ask themselves on a regular basis, but she understood the concept of each question, when she didn’t understand the terminology I used, she asked me what that meant, so I explained it, then she answered the question in detail and came up with solutions for all of the problems.  The whole game was a very grown up game with problems and solutions on how to fix them.  It was interesting to see how she understood all the concepts, knew exactly what was needed by a business to make a profit and stay in business.  Playing business was as natural to her as playing mums and dads with dolls to other little girls. 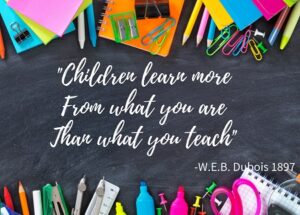 My grand-daughter has been exposed to so much variety in her short life. She will have a choice in whatever she does with her life in her future.  Whatever she likes without any self-judgement, because she is developing her own sense of normal.  Her life is normal to her.  Her family members do so many different things and it is acceptable within the family to do so.  The examples she has been shown gives her choice so she can be whatever she likes in her life. I am sure she will have to overcome fear of starting something new in her life, especially if she decides to start her own business, but I am sure she will also do it and fear won’t stop her, because she has seen business as a normal way and an alternative way of working for a living.  She has also seen the rewards of being the boss and all that outweighs the fear of doing something like going into business.  She has learnt by watching what has happened around her rather than us talking to her and her listening.

My grand-daughter has reminded me that children are little sponges. We, the special grown-ups in their lives, are an important part of playful training of the next generation of Business Leaders. Whatever direction they choose to take.