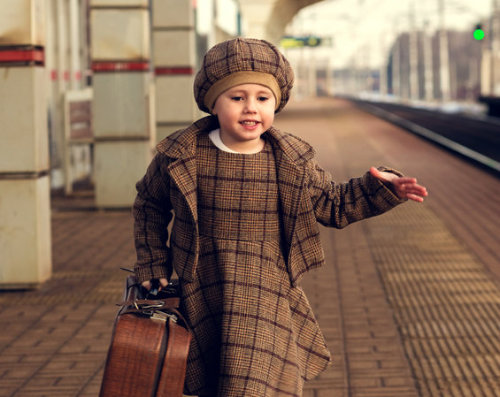 When kids leave home – their own way 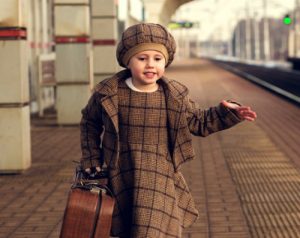 We spend our child-raising years trying to prepare our kids for “the big world” out there. We want their transition to independence to be safe and successful. I never could have predicted the roller coaster of emotions when my children left home. Fear, annoyance, certainty, loneliness, uselessness and of course pride. This is my story of when kids leave home.

How do you prepare for the days after children leave the nest?  It seems to be another topic excluded from general conversation. How do you encourage the kids to take good care of themselves, make good decisions and take their place in the community? Then there are the months after, when loneliness and uselessness creeps in to our thoughts. As I discovered, with each of my 3 children, I had a different ride to take.

The first to leave home

My eldest daughter was a very capable teenager, she could do everything that I could and was just as capable at doing anything around the house.  I had taught her well and more to the point, unbeknown to her, she had watched and copied everything that I had done.  She was the child that always told me she did things better than I did, or she knew more about how things worked than  me. First born daughter was always my challenge because she was always the expert who couldn’t be told.   Although, at the time, I did question whether she would look after herself as well as I looked after her.

After a few unannounced surprise visits to her new home, (just to see what was really happening) over the first few months, I was extremely grateful to find all the vegetables I had in my fridge, in hers, plus a few others I didn’t use too. There was lots of meat in the freezer and her pantry was full with staples and herbs and spices. The house extremely well organised, clean, as was her bed.

She had always been so independent, went out a lot and had not been needing me for many things for years. I didn’t really miss her as much as I thought I would, my life was still full with lots to do looking after the other 2 kids.  It really was her time to leave home and find her own wings, she was ready and I was extremely proud of her.

Woo hoo, the relief I felt that my 18-year-old daughter was going to make it, she could budget, cook, clean, was healthy and happy.  What more could a mother ask for?  One down, two more kids to go.  I felt proud I had done such a good job.

The second to leave 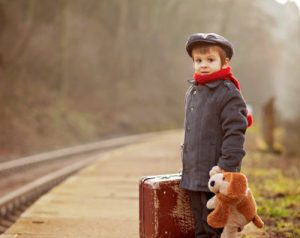 My son is my second, he was a very different child, he was the child that never left my side, he relied on me for almost everything through his childhood and teen years.  Although I had spent time teaching him basic survival skills and he could do everything, I needed to remind him to do each step of the chores and as a teenager, he never seemed to learn the flow or consequences of missing steps.

Worry and loss of friendship

At home he struggled to throw a meal together and cook anything on his own, so how was he going to eat healthy when he left?  He certainly learned all these skills in his adult years, and became a really good cook, but the immaturity when he left home, was very evident to me, and as a mother, I worried about him, constantly.

He was also one of my closest friends when he lived at home, we spent hours together each day, he helped me with my work, we talked, so when he left home, I missed him dearly.  I felt like there was a huge hole in my life and I worried about him constantly, both about how he was living, what he was doing and who was influencing him.

He lived three hours away, so visiting wasn’t easy, nor comfortable, as he was in a share house with other boys.  I couldn’t just drop in on him, or ask him home for a weekly meal, it was really difficult for me.  I mourned his departure for a long long time and I still mourn that friendship we had in his teen years.  When I could visit, I took him boxes of canned soup, fruit and foods that would hopefully give him some sort of nutrition, but in general I felt helpless.

The last to leave

My youngest daughter was a totally different story altogether.  She moved out slowly over a few years, not coming home for days at a time.  She was much younger than the other two when they left home and although she had a part time job, had no real means of supporting herself and this worried me greatly.

Reasons for leaving are not always obvious

At the time, we were fighting constantly and she was refusing to listen to me about anything or do anything I asked.  More alarming in hindsight is the fact I was unaware of the real reason for her gradual removal from the family home, which was not me, it was her father.  I regret that hugely now, at the time it upset me greatly that she wasn’t coming home.

Reasons for staying away are not always obvious

I knew she wasn’t ready or even capable of looking after herself properly, and I hoped another mother who was physically close was looking out for her, which wasn’t the case.  She was not really emotionally ready to look after herself out of home, but unbeknown to me she was looking after herself, she was protecting herself from her father.  I felt powerless to stop anything happening at the time and I just didn’t understand why it was unfolding this way and why she wouldn’t come home.

Regret and water under the bridge

There are so many regrets about my youngest leaving home when she did, but unfortunately that is all water under the bridge now.  I wish I could go back and change those details, but I can’t.  At the time I missed her dearly and my heart was breaking.  I did go at one stage and beg for her to come home, she wouldn’t see me, then later after her father left, she did come home but she kept coming and going.

What I have found is that each of our children are individuals and not one of them fits inside a box, they were not made from the same mould.  Our relationship with each child is also as different and as individual as they are.  When kids leave home, their experience and your reactions, could be quite a ride. Expect the unexpected. What is appropriate for one child might never suit another. When, where or how each of your children leave home and the emotions you feel will be your very own story.