Does Everyone Need a Life Coach?

Does everyone need a Life Coach? 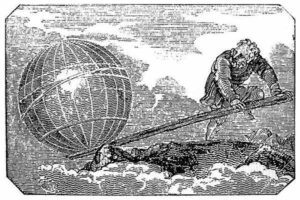 I don’t know about you, but when I was a teen there was nothing my parents could teach me. And as for school, I could not see the point of maths, and the books we read in literature class seemed positively ancient. Since then I have come to believe everyone does need a life coach. And interpersonal chemistry is as important as the knowledge they share.

The knowledge we hold about things has an ancient lineage too. If we could track it back to ancient times, I suspect we would find a chain linking human history. But it also has many lateral shoots reaching out to others. For example, the math I detested at school was invented by a fellow called Archimedes who lived in Greece 2,200 years ago.

Mentorship Can Be a Formal, Structured Relationship

I have come to believe that a great teacher is a great artist and that there are as few as there are any other great artists. Teaching might even be the greatest of the arts since the medium is the human mind and spirit (John Steinbeck)

Parents encouraged formal training for their kids when there were no schools back then. That’s because they saw the value of influence, guidance and direction given by a mentor. Schools try to achieve something similar in classrooms, although the magic may miss a beat.

The ancient Greeks, and Romans to an extent encouraged knowledge transfer between older people and youth. Knight of old in clunky armour had young assistants to do the heavy lifting, in exchange for learning to survive swordfights.

I was lucky enough when I was a kid to have the professor of music when I was at school to teach me to play piano. We respected each other. I got a straight A for piano, but only scraped science and math because it was a posh school where just about everybody passed.

Prof taught me about a chain of knowledge that passed from the classical through the romantic periods of music. I learned how the son of Johann Sebastian Bach taught Wolfgang Amadeus Mozart to write music when he was five years old. Two world wars broke that chain of classical music forever.

Everyone needs a life coach but the relationship can be Informal 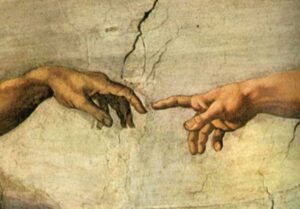 Bill Gates has always been a mentor and inspiration for me even before I knew him. Just growing up, I admired how Microsoft was mission-focused (Mark Zuckerberg)

Those mentoring moments I chatted over depended on formal, or semi-formal one-to-one relationships to work. However, I believe from ­­own experience natural chemistry may be even more powerful. Towards the end of high school I realized I was going to fail science class, while my best mate Peter was about to flunk English.

We went to the headmaster and said ‘Peter is sailing through science while Richard is not half bad at English. How about we spend those class times in the school library so we can teach each other.

We worked hard at it while the librarian muttered about the noise. We both scraped through our final exams. Since then I have been convinced everyone needs a life coach, but the interpersonal chemistry is what makes or breaks the relationship.

It Takes Two to Tango in the Mentorship Game

All of us are mentors. You’re mentors right here and now. And one of the things I’ve always done throughout my life, I have always found that person, that group of people that I was going to reach my hand out and help bring them along with me (Michelle Obama)

Getting Peter through English was an early high in my life, and I guess he felt the same. I have mentored a number of younger colleagues in my formal working career who showed promise, and they all did well although this could be a convenience.

I have discovered everybody needs to be a life coach too, not just for the pleasure and honour. But also to be part of the knowledge chain begun back in the mystery of time, and stretching potentially forever into the future.

I guess I am, in a sense wanting to pass the baton on I received from people who were as old as I am now. Knowledge is a precious thing we use every moment without knowing it. No wonder dictators try to suppress it. But knowledge will live forever provided we pass it on.

Richard Farrell -I tripped over a shrinking bank balance and fell into the writing gig unintentionally. This was after I escaped the corporate world and searched in vain for ways to become rich on the internet by doing nothing. Despite the fact that writing is no recipe for wealth, I rather enjoy it. I will not deny I am obsessed with it when I have the time. My base is Umtentweni in South Africa on the Kwazulu-Natal South Coast. I work from home where I ponder on the future of the planet, and what lies beyond in the great hereafter. Sometimes I step out of my computer into the silent riverine forests, and empty golden beaches for which the area is renowned.

Re-Invent your Life with a Life Coach