Communication- Are there Gender Differences? 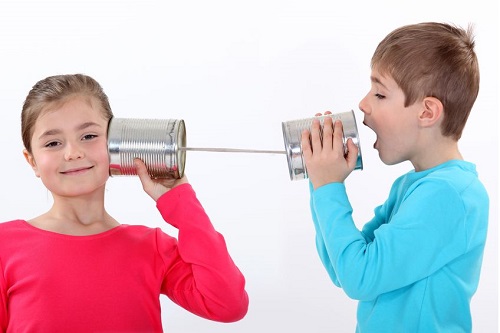 Communication- are there gender differences?

If we are speaking the same language, say English, then communication should be easy. Or is it? I heard the phrase “Men and women speak a different language”  a while ago and it has been sitting in my mind ever since. Is it possible that gender differences affect communication? How could a man not understand what a woman is saying to him, when to other women it was as clear as a night and day? Do women really speak a cryptic language?  I actually think we might, but to me its not cryptic, it’s totally understandable, but to men, well …..  maybe it is cryptic and they just don’t understand.   Maybe we really do come from Venus and men come from Mars. We unpack the inner workings of communication between the genders. 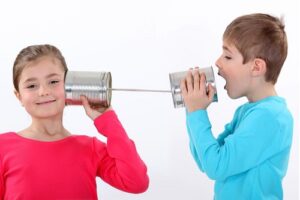 Men use communication as a way of self preservation

Men are hunters and use communication and conversation as a way of self-preservation, showing dominance and protecting themselves so they avoid failure and preserve their independence.  They actually talk more than women, they often dominate the conversation and this is what is normal for them, and it is normal for women to which in turn, shuts them down from speaking about what they naturally would.

Whether men use more words each day seems to be a debate, I’ve heard two credible opinions that supply totally opposite opinions, saying that women say more words than men and the other way.we speak from different parts of the heart

we speak from different parts of the heart

What I do believe is that we speak from different parts of the heart.  In my opinion women are more openly intuitive and tend to speak more about feelings while men in general are more guarded and don’t openly show their emotions and tend to speak more from a factual and informative base, its more about the day to day running, political, business or sport base rather than how they feel in their heart about what is going on in their life.

“Not only do men and women communicate differently but they think, feel, perceive, react, respond, love, need, and appreciate differently.”
― John Gray, Men Are from Mars, Women Are from Venus: Practical Guide for Improving Communication

My ex used to ask me why I was so argumentative and competitive with the guys?  What I said and what he heard were obviously two very different things.  This really confused me and made me think about why he would think such a thing, as it was the last thing I ever tried to do, all I was doing was join in a stimulating conversation that I was enjoying, but it did make me think every time I went to say something about what I was saying, and it did certainly shut me down.

I think because women are used  to men speaking louder and dominating the conversation, when women do speak up offer opinions, solutions and speak their mind, to some men it may feels that women are standing up to be argumentative or competitively, rather than just speaking their mind.  Men are used to their opinions being unquestioned and going unchallenged so to speak up men often feel like you are trying to nag or argue with them. .

Women are gatherers, they use communication and conversation to create and build relationships. Using co-operation and collaboration they try to balance everyone’s opinions but by doing this they often feel unheard and never feel like they get their own personal desires met which can create resentment within.

It is sometimes observed that women speak of superficial, trivial matters. That there can be a lack of depth and openness. It is not that women don’t want to talk openly and deeply. That could not be further from the truth. Women have a deep desire to speak openly on a broad range of topics and issues but my experience shows me that women only do so when they are comfortable and feel safe, like it is when they are with their girlfriends or loved ones. The requirement for a safe communication setting serves to reinforce why girlfriends are very important to women and joining circles and other groups can be so important in the various life stages of women.

I also believe in general women are very intuitive and although they find it easy to mind read the emotional state of each other by energy, voice tone, body and facial expressions, men don’t seem to have this ability, in general men don’t seem to be able to read body language in the same way and hear what is actually being said by women. Men often laugh at the notion of women’s intuition. Is it a real thing? Is it a woman’s ability to invisibly draw together a huge range of past micro-experiences, observations and conversations to make seamless decisions? Now there is a conversation for another day!

Communication – the influence of “gender equality”

Women’s liberation in my eyes has been essential for equality for women but has confused a lot of issues a little and maybe a lot for men too, as they now have no idea how they should respond or behave.  While women want and should be equal to men, while we are all capable of opening our own doors, there is a large proportion of us women (especially older ones) that love to be looked after and have the door opened for us, yet our younger counterparts hate the feeling of being useless and not being able to do it for themselves.

To open the door for a woman or not….

Being looked after by a man makes my age group feel special (even though we know we can look after ourselves), while younger women can be very condescending to men for trying to look after them and it is this behaviour that confuses men as to the correct behaviour, should they or should they not open a door for a woman?   I sometimes think men don’t know how to behave, will they offend us women if they open the door or will they offend us if they don’t do it???? 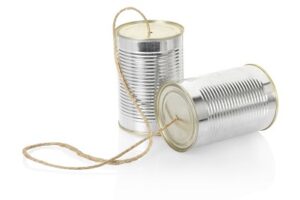 Speaking to a male friend the other day I heard a very different conversation to the words that were actually being spoken to me by him, when he recounted what his wife had said to him. I know this sounds bizarre, but it really made me think about what she meant and what he made her words mean.   Both parties in my mind were on totally different planets.   He had no idea what she had said to him, but to me it was very clear what she was trying to say to him and what she wanted from him to take away from what she said.  Interesting…….

“When misunderstandings arise, remember that we speak different languages; take the time necessary to translate what your partner really means or wants to say. This definitely takes practice, but it is well worth it.”
― John Gray, Men Are from Mars, Women Are from Venus: A Practical Guide for Improving Communication and Getting What You Want in Your Relationships

It doesn’t matter whether we are a man or a women, our life experiences also affect what we say and what we hear.  If we have experienced, excessive or lack of money, love, fun, good or bad relationships, poverty, this will have created and emotional response within that will effect our opinions and the way we see things, hear thing and respond to things affecting our communications with everyone.

If we are coming from a place of lack no matter what is said to us we only hear words through the filter of lack.  My mum was a good example of this, she grew up in the depression and only heard everything through ears of “what if this is taken away from me”.

If you have been abused either in childhood or as an adult, this will affect the filter in which you hear others speak to you, you could be either defensive, get your back up or submit because your own self-worth thinks it deserves what it gets.  So whether you are a man or a women, the filter will turned on to who ever talks to you. It might be time to examine your filters.

How to improve Communication in spite of Gender Differences?

So how do we communicate better between the sexes?  I don’t have a definitive answer as I don’t really know, especially as all men and our relationships are different, but I do know that we need to be aware that there is a difference in our communication styles, our life experiences and sometimes what we say might not be heard with the same meaning as we meant it to be. As women we do need to be aware of our own filters and certainly do need to speak more directly with our men as to what we want, stating exactly what it is, leaving no room for confusion.Maybe it is quite simple. Just be aware.