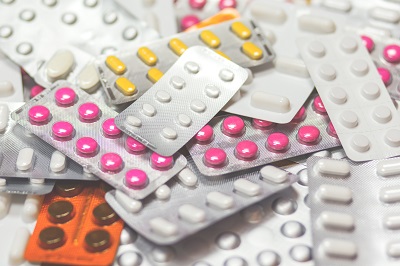 Antidepressants – To Feel or not to Feel

Discussions around antidepressant medication often divide people into the ” I would never take them” group, “I don’t want to discuss it” group or “I don’t know much about it” group. This article describes the first-hand experience of one intelligent, motivated and independent woman

Actions and Effects of Anti-depressants

Antidepressants are a very controversial product.  I’m not going to get into that debate. What we do know is they increase the sensitivity of serotonergic receptors in the brain which changes our brain function effectively treating anxiety and depression in controlled clinical trials.

Long-term side effects from taking these types of drugs is not definitive and from what I see probably not on the agenda of the big pharmaceutical companies.  What we do know is we are risking permanent damage to our bodies and combining different drugs can be especially harmful or even fatal.

Other side effects indicate the risk of dementia, feeling numb or confused, reduction of positivity, lowering of sexual function and libido, weight gain (I gained 10kg with every increase in dose), suicidal feelings (yes true!!! There is a warning on the packages).  Studies also show that antidepressant use could even increase the chances of early death.

Benefits and Pitfalls of Anti-depressants 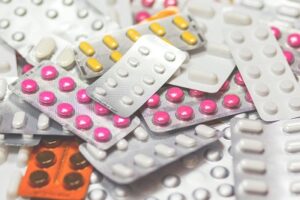 Data from the Pharmaceutical Benefits Scheme shows us that one in eight Australians are using antidepressants, including 100,000 kids.  This is a frightening statistic .For me personally, if I can help just one person change their life in a small way so they don’t need to take drugs, my work on this planet will be done.

My experiences with Anti-depressants

I have taken antidepressants for two periods of time in my life and they certainly did help me for quite a few years. During these times I really needed them. The problem is knowing at what point to get off them.  There is also the fear that the feelings you are trying to rid yourself of will return if you go off them, so staying on them is more appealing than the fear of taking any steps backward.

I understand it all, upping my dose on both occasions to really huge levels, it was what I needed to do at the time.  What frightens me now is how easy they were to obtain, especially the second time.  11 years ago, I walked into the doctor’s office and told him I wasn’t coping. I explained to him that I was crying uncontrollably (which was very true), and needed to take antidepressants again. I told him the brand that worked last time and he simply wrote out the script.

“Happiness does not depend upon who you are or what you have.

It depends soley upon what you think”.   -Dale Carnegie

When the script ran out…

Each time the script ran out I would go back and ask for a new one, twice requesting my meds (medications) to be increased, which they were.  I was on a dose so high they had to get government authority for me to be given the script.  My doctor never really monitored me, although he did ask me how I was going He was aware of the extent of the interpersonal abuse I was dealing with at the time.  Looking back I don’t think he had the expertise about dealing with mental illness and emotional issues.

As I moved areas and homes, I changed doctors quite a few times over the years, just walking into their rooms and asking for a script, no one questioned me much, certainly no strategies or real advice was ever given to me.  I remember being asked once if I wanted to reduce my dose, to which the fear kicked in and I said “NO!!!!” and I was given a script of the same strength.

Later when my head started to clear and I felt I had gained control of my life and emotions, I knew it was time that I needed to get off them and obtain my feelings back again.  Feeling numb of emotions and being in a dreamy state wasn’t how I wanted to live my life.  I was determined to live normally again, I wanted to feel real happiness, so I slowly weaned myself off them, over a two year period.

Before I go on, I want to declare to you that I am not a doctor, I’ve had no formal medical training and what I am about to say to you, might not be correct or even appropriate for you and your situation, so please seek help, talk to someone, seek out an expert if you think you want to do what I did and maybe even work with your Doctor.  I am just an extremely well educated (self-educated, mind you) person with a passion for quantum physics, neuroscience, self-development and spirituality.

When I researched into how to get off these drugs, I was rather alarmed, the instructions I got from different areas were extreme, so instead of listening to my GP, who would have had me off the tablets in record time and maybe had me an emotional mess too, I took the advice from a psychologist who suggested that I took my time, allowing my body to adjust slowly and balance the emotions as they came up.

“Start by doing what’s necessary, then do what’s possible:

And suddenly you are doing the impossible.”    -St Francis of Assisi

Coming off anti-depressants – my way

So here goes, this is how I did it, the last time I came off the antidepressants.  Because my dose was so high, I was taking two tablets each morning, so the first thing I did was go to the doctor and get a script for a lower dose.  The lower dose meant it was easier for me to cut my tablets into quarters, which meant that I was reducing the dose only marginally which I stayed on for three or four months before I reduced it again.  For me, getting myself off antidepressants was a very slow process, which took me a couple of years to completely get off the drugs.  What was really interesting was the reaction of my girls, each time I reduced the dose, even that tiny little bit, they would notice that I had changed. My girls had to get used to the new me as I would become more and more opinionated, I would have feelings and emotions about things which I would want to express, and slowly I would get my voice back, I would speak up about things that moved me more and more with each reduction of the tablets, but by taking my time, my emotional health stayed steady and I was happy.

I was actually proud of myself for doing it, there were hard and tough times during this time, but I stayed strong emotionally and dealt with everything that was thrown at me all the while reducing my tablet dose. I pray I never hit rock bottom again and never need to take them again.  I want to feel, I want to have emotions and an opinion.  Vanilla is nice, but I don’t want to be vanilla ever again and I believe that I will never be vanilla ever again.

“The greatest discovery of my generation is that a human being can alter his life  by altering his attitude of mind.”    -William James

I believe that I have changed my mind and the way I think that it will never happen again.  But if for some slight reason I ever did get to the bottom of the barrel and I didn’t think that I was capable of making the necessary changes to find a way up or out, then I would take them again, but that is never going to happen!