When people scream at you 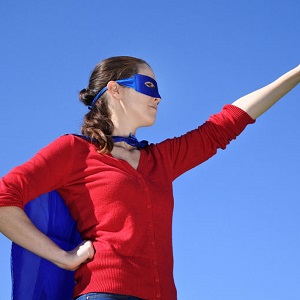 When people scream at you

In my life I have experienced various forms of bullying and harassment. In the past I did not recognise that I was being bullied by men and women, I just accepted bad behaviours and expected no different. Thankfully I  have  become better at identifying, and responding differently to negative behaviours.  And I think as a society people are improving. However occasionally someone will decide to scream at you! What do you do?

Screaming Bullies can be anywhere

A few months ago when I was in Spain, I had one of those days you would call challenging.  Wow what a day it was.  I hired a Volvo 4 door hatch back, from a car hire place in the middle of Madrid.  Being in Europe meant that the traffic and cars were left hand drive vehicles which was the opposite from what I was used to driving, they also drove on the opposite side of the road from what we do in Australia too.  Also I couldn’t read the signs and the road signs were very different too.  Luckily the car was an automatic so I didn’t need to think about changing gears too.

So far so good

I followed the traffic as I drove out of the centre of Madrid. The traffic was typically heavy which is normal for a large city,. This may sound daunting, but by just following what the car in front did make it much easier to drive.  I purchased an European GPS to get myself around, even going  down freeways sitting on 120kmph in the left hand seat on the right side of the road, (the windscreen wipers had been used more than the indicators though) lol.

Feeling proud of myself

I must admit that I was feeling very proud of myself as I even managed to drive and maneuver the car through the tiny medieval streets of Toledo. At one point there was only about 3 inches spare on both sides of the mirrors.  I was definitely driving very slowly like the grandmother I am, and for those that know me, this will shock you, as I love speed. I really had to be so careful that I drove on the correct side of the road.  I got tooted and passed by everyone, but I managed to maintain the speed limit most of the time. lol

Zero to Screaming in moments

I was so lucky as I needed to find a park so I could walk around the town.  A car pulled out of a parking spot and went down behind the other parked car. I checked the sign and it was a no parking area, then the car beside the first car pulled out and drove off, yes I had my spot.  I slowly pulled in and I heard tooting.  I turned around and the first car had reversed back across the back of me and was tooting and waving her arms at me.  I sat there a bit stunned and dazed. Then I heard screaming. I could see by this time she was out of her car screaming and screaming. She eventually came around the side of my car and was screaming at me.  I have no idea what she was saying. All I knew was I couldn’t reverse out as she was parked behind me.  I then wondered if I had taken her spot, but I had no way of knowing that until she started tooting and screaming. she didn’t have indicators, reversing lights on and was well and truly past the spot when I pulled in.

She probably stood there screaming at me hysterically for about 5 minutes (it felt like hours) while I tried very calmly to explain I didn’t speak Spanish and asking her to stop screaming.  Initially my intention was I would pullout and find myself another park, but the more she yelled and the longer it went on, the less inclined I felt like moving.  How dare she speak to me like that.

No reward for Screaming

So I just got out the car and walked away from her screaming.  Really how people think they will get their own way by yelling and trying to intimidate others amazes me.  She was acting like a small child throwing a tantrum. I would never give into my kids or grandchildren if they behaved like that, why should intimidation and bullying behaviour be rewarded.

I nearly left her a letter apologizing for taking the parking spot she had obviously intended on reversing back and parking in, it was an honest mistake on my behalf, as I couldn’t read her mind to know that.  BUT I was never going to accept the way she spoke to me, that was unacceptable.

Bully tactics work for some people so they keep doing it over and over again to get their own way.  If you get results from doing something, why would you change if you thought the behaviour was acceptable?  This lady probably thinks she had a terrible day because I deliberately stole her parking spot and she couldn’t force me to shift. Her bullying didn’t work this time.

We teach what we allow

This woman was a stranger to me, so it doesn’t really matter what message I sent her, she really didn’t understand anyway, but if she was a permanent part of my life, it would have been a very different message because my not giving in to the intimidation and bullying would have made a huge difference in our relationship.  I would have set a boundary on how she was not to treat me.  You see we teach others how to treat us, by what treatment we allow others to do to us. I’m sure she doesn’t understand how she paid the price for disrespecting me, she would have had her spot otherwise and I would have gone elsewhere.

I am proud of what I have learned about bullying. Practicing my responses to people who scream at me reinforce my boundaries of acceptable behaviour. I am getting better at it. You can too.