Drama Series for girls and women 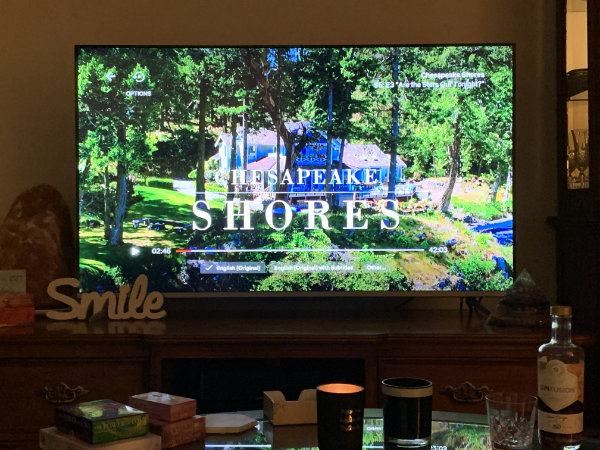 16 Drama series a girl will want to binge

How do you prefer to see girls and women portrayed in drama series? Do you want a series where a woman is the main character or perhaps presented beside a male leading role? I like to see portrayals of women that show the diversity of women. Women as heroes, building relationships, powerful strategists and world changers. Here are my latest go-to drama series to binge on.

Chesapeake Shores – follows the O’Brien family through the ups and downs of family life with adult kids.  It is a nice feel good family series with lots of love twists.  There is no swearing, sex, violence or nudity with great positive female roll models with strong characters.  It is set in a beautiful location, a small town community that has all the similar relatable experiences and issues normal families have.  It is how the characters deal with the issues that keeps you coming back, smiling and feeling good. 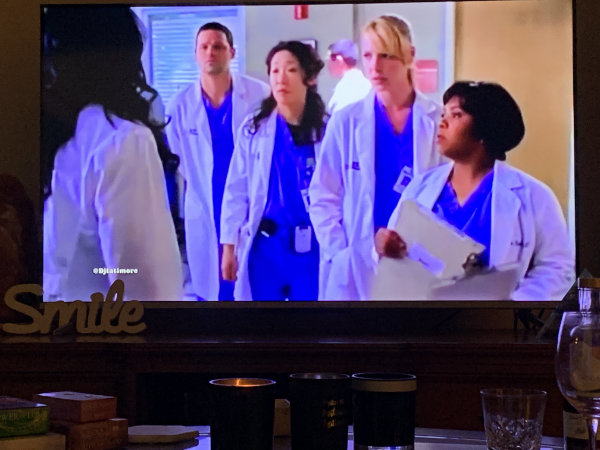 Greys Anatomy – It is hard to remember a time Grey’s wasn’t on TV, premiering in 2005, the hospital drama was in competition with ER, but lasting the distance, Greys has succeeded with the test of time.  Grey’s had covered all the issues of the times, told stories better than most other soaps could have and had multiple cast changes over the years.

Greys is part of our staple TV viewing. 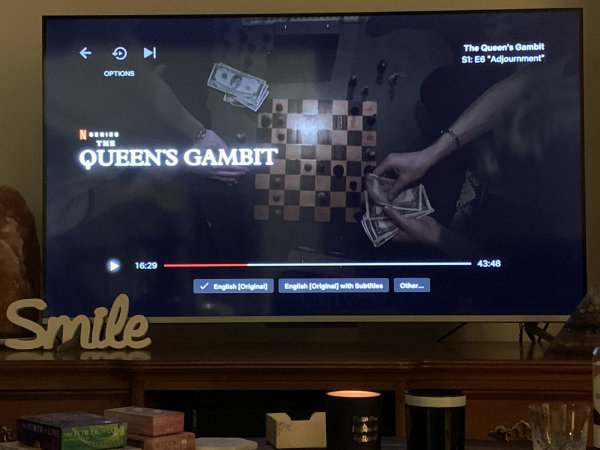 The Queen’s Gambit – The main character, Beth, is exceptionally gifted. She is a brilliant chess strategist defying casual understanding. This series makes a statement as Beth, a women is playing a game at the highest level in such a masculine world during the late 50’ early ’60s.  This is a riveting story that keeps you hooked through the bumps in the road to the end.

A spellbinding series that is worth watching.  5 stars. 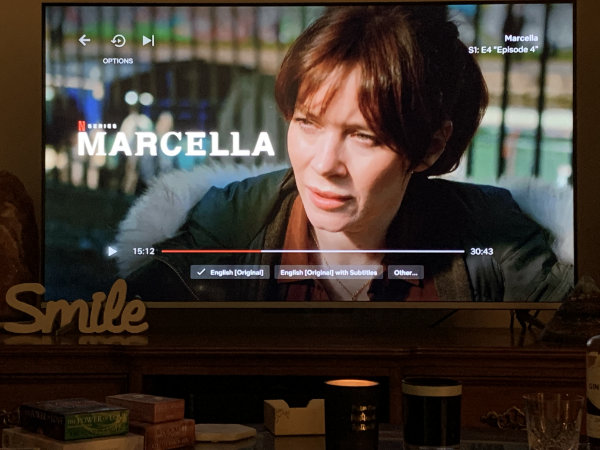 Marcella – A very dark series. If you love dark murder mysteries that keep you guessing and wondering why then this might be for you.  It gets very slow and much darker and does a 90-degree turn in the last season. If you persist and make it through to the end, the very last episode explains it all to you.  If you love dark topics then this is a good choice, especially for the first two seasons. 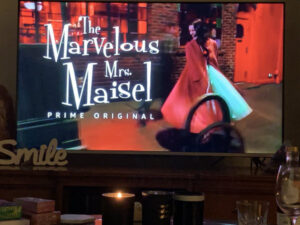 The Marvellous Mrs. Maisel – A 1950’s housewife who has a dream and goes for it is a true inspiration to us.  It shows how you sometimes have to hide the truth of who you are from the outside world rather than being yourself.  It is hilariously funny, yet so heart-warming as we attach ourselves to a woman with a dream, a desire who makes it happen.

If you want a good belly laugh and to be inspired, then this series is for you. 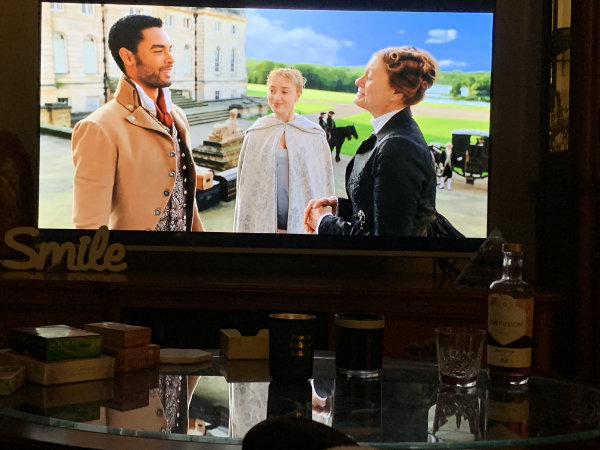 Bridgerton – Set in the Regency period in England, this series is a hot and saucy drama.  The costumes are absolutely beautiful and the locations and sets are incredible. It is the sex scenes that take your breath away. They are from a woman’s perspective, they are strong, passionate but occasionally ugly too, just like it is in real life.  The story is based around arranged marriages, marrying for love or for convenience.

Not for the kids but definitely for us girls. 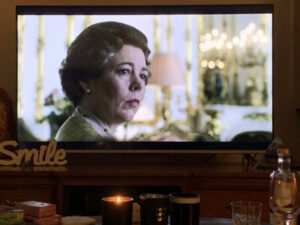 The Crown – An interesting look into the Royal family with the pressures of being Royal.  The Crown looks at the backstories that we have only read in gossip magazines and makes us feel empathy for the sadness of having to live with the pressure and a stiff upper lip. It also highlights the perils of being classed as an outsider when marrying into “the family”.  Although it is classed as fiction, I’m sure it depicts a lot of facts. 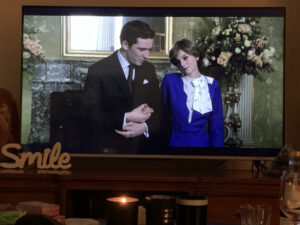 Worth watching for the history lesson.

When Calls The Heart 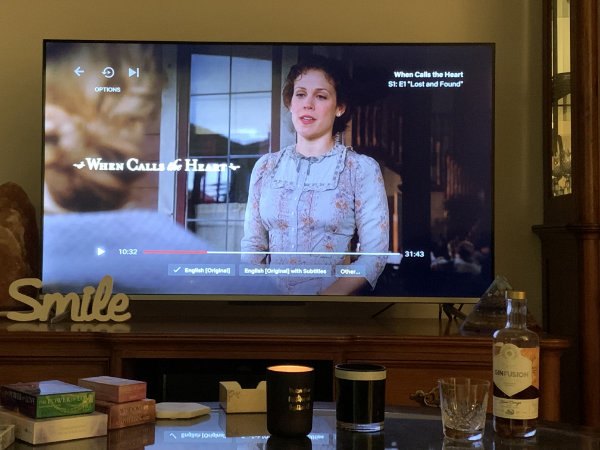 When Calls The Heart – such a lovely warm feel-good series, where everything is nice and the smiles are warm and fuzzy.  The sexual tension between the two main characters seems to go on forever, but eventually, you feel relieved when they marry. Then the writers have the audacity to kill him off, it just doesn’t seem fair! Set in the beautiful Canadian countryside, with fabulous period costumes it is a feast for the eyes.

This is a feel good chick series that goes for 7 seasons. 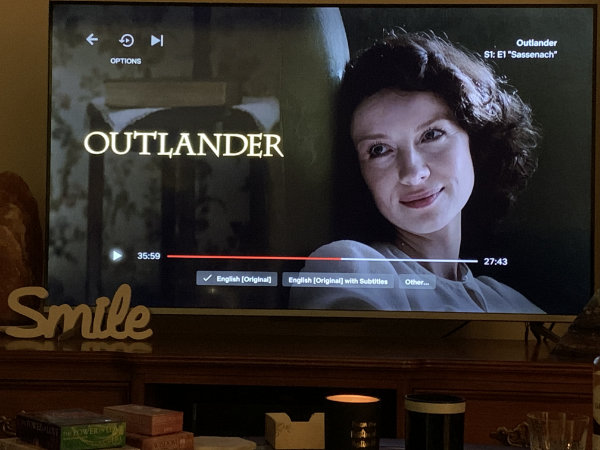 Outlander – Another historical drama that has a wonderfully strong female character who is beyond her times (literately as she time-travels), along with her supportive hunky man.  The chemistry between the two characters will make you fall in love with them both, the story is romantic, sexy, but also bloody and gory at times, it shows you the struggles of the times and being a woman too.

Outlander will keep you riveted to the seat, but not for the kids to watch. 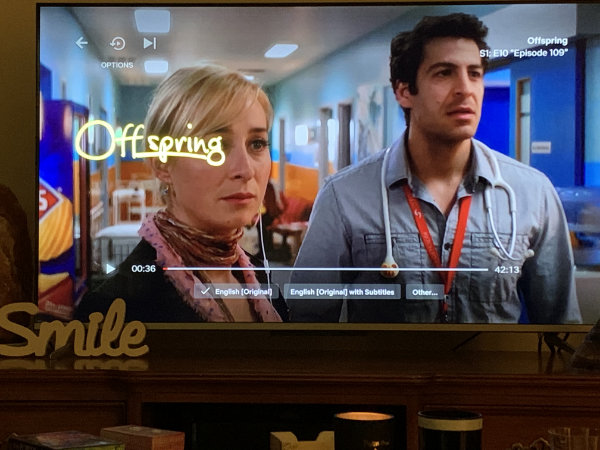 Offspring – Who couldn’t love this Australian TV drama.  The characters are eccentric but we love them all with the main character Nina, an obstetrician, being the most normal of them all.  Each episode keeps us glued as we want to know what shenanigans they get up to next, or how far they can push the storyline.  Lasting for 7 series, it was fun and light to watch and keeps you laughing from all the stupidity.

Maybe not for the kids as there are lots of adult themes. 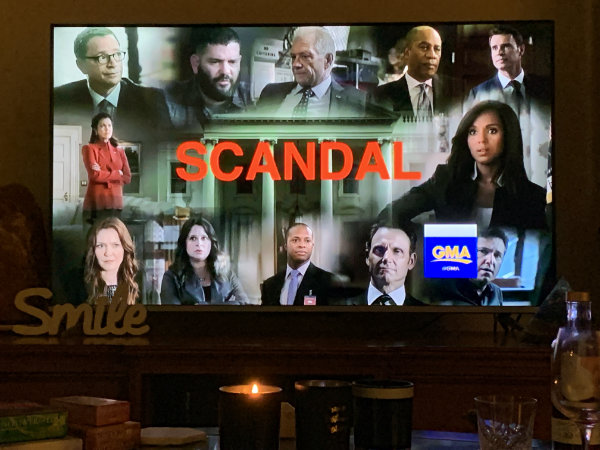 Scandal – An American political drama that concentrates on Olivia Pope who resigned from the White House as a media consultant and starts up her own crisis-management firm.  She doesn’t seem to be able to move on. She is constantly called back to the white house to fix problems for the president while her staff specialise in cleaning up problems in the lives of others.

I loved this series, the complexities twists and turns kept me hooked. 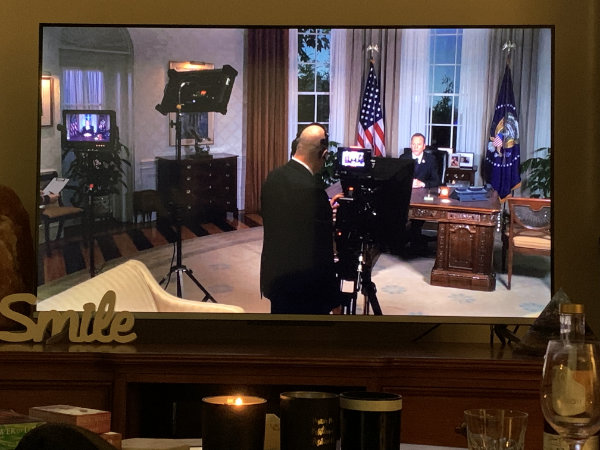 Designated Survivor – An interesting tale of how a low-level cabinet member becomes the president of the USA when an attack kills the president and most of the congress.  It takes you through getting the approval of the people and policy changes that now need to be made.  Kiefer Sutherland is brilliant in the role as his character gains confidence with each challenge that is presented to him.

I loved the Designated survivor, couldn’t stop watching it, but Rotten Tomatoes weren’t so kind.

The Good Wife / The Good Fight 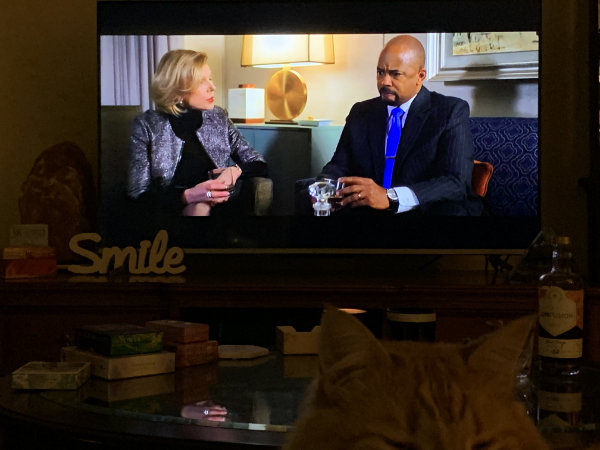 The Good Wife / The Good Fight –  A legal drama that has evolved from a mum, Alicia Florrick, who returns to the corporate world of law, juggling working, children, and a controversial husband in The Good Wife, transitioning to the Good Fight which focuses on the corporate space with Alicia’s boss, Diane Lockhart and the law company is the focus.

Premiering in 2009 and still in production, the evolution of the series has still made it current and a good watch. 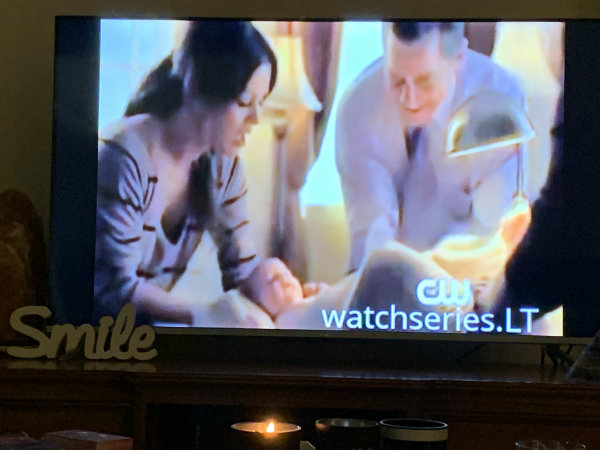 Hart of Dixie –  A sweet light-hearted American comedic drama about Zoe, a surgeon who needs to do a year’s private practice.  After accepting a position in Alabama from a stranger she finds he has died and left his half of the practice to her.

It’s a nice series and well worth pushing through the first series as it gets better and better as it goes on. 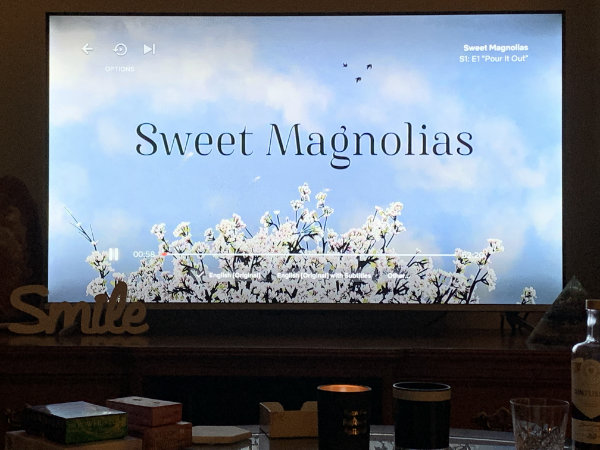 Sweet Magnolias – A must-watch upbeat romantic yet very funny drama that you will absolutely love.  It’s about 3 best friends from childhood, who have a very special relationship, they go through the ups and downs of life, listening to each other and supporting each other in career, love, family and call themselves the sweet magnolias.

You will love Sweet Magnolias; you will find yourself addicted to this series and watching episode after episode. 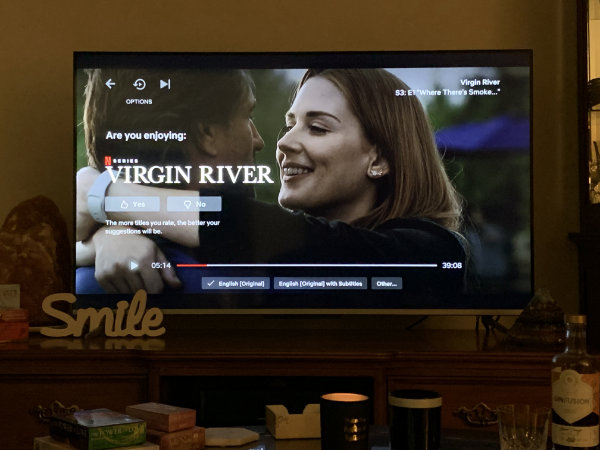 Virgin River – A feel-good romantic medical story, set in a gorgeous leafy backdrop, Virgin River isn’t unique in its storyline, but it is just a nice chick series.  The series is based around Mel, a nurse practitioner/midwife who leaves the city and old broken relationships for a new rural life. Falling in love with hunky Jack presents her with new problems.

Virgin River won’t set the world on fire, but it is a nice way to pass the time and its good for the kids too.

Whether you are watching television for relaxation, education, time-wasting or sheer escape there are plenty of positive drama series for girls to binge on. Enjoy.