How to make Almond Milk 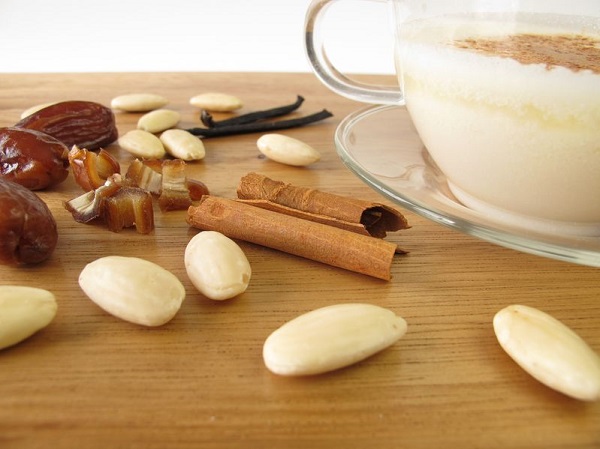 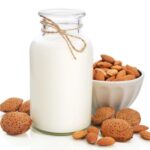 Almond Milk is made from almonds and is Nutritious, tasty, versatile and trending upwards in popularity. For many people it is a good alternative to cows milk for drinking and cooking. Try our recipe to make your own Almond Milk. What a revolution! When will you try Almond Milk?

A few months ago I was given Almond Milk in my chai latte, wow, what a revolution!!!  It was absolutely beautiful and definitely how I am going to have my chai from now on.  Alternative milk options like oat, goat, soy and almond is quite a new trend that is building momentum amongst the public.

Alternative Milks are not only a great alternative for vegans and lactose intolerant people, but ordinary mums and dads too as they are nutritious and very tasty and they have many health benefits as well.  Best thing is they can be used in the same way we use ordinary cows milk.

Unsweetened Almond milk is low in calories and only has ½ the calories of cow’s skim milk, no sugar and doesn’t raise blood sugar, but it is also a good source of protein relative to its carb content.  Unsweetened almond milk is a great option for people on a low carb diet or people who need to keep an eye on their blood sugar levels. It is especially high in calcium, Vitamin E and vitamin D.  A lot of the benefits of eating whole almonds isn’t gained by drinking almond milk because all the solids and fiber have been removed.

Supermarket or Make your Own

Almond Milk is available at all supermarkets and costs over $4.00 a litre which is very expensive compared to the $1 we pay for cows milk, so me being a cheap skate, I decided to make my own.

How to Make Almond Milk – traps for beginners

I looked up recipes on google and found that I needed to have a nut bag to make my milk, ok, so onto ebay I went and I purchased one.  The Nut bag should arrive on Thursday or Friday, so great, now to purchase some almonds.  $7 later for the 500g of almonds, (this should do two batches), I had the ingredients with a few added from the pantry.

I soaked my almonds, the recipe said you could soak them for a day or two, so great, they would be nice and plump when the nut bag arrived, but it never came.  Ten days later my almonds are still soaking and very plump indeed.  So I decided to bite the bullet.

I drained the cup of almonds, washed them and put them into the blender with 4 dates and 900ml of bottled water then blended them on the highest speed for a couple of minutes.

I now needed to drain them in my nut bag, which had never arrived, so I decided to use an old tea towel that had a looser weave.  I put the tea towel over a jug and carefully poured in the liquid, it took several goes to get it all through the tea towel, but I still needed to squish the pulp to get out the remainder of the milk.  It was all looking good and the milk coming through the tea towel was looking great, all thick and creamy.

But then …….. the 30 year old tea towel with images of Cornwell, I had inherited from my mother, decided to give way and break open, so I was back in the same boat as I was in the beginning.  Another tea towel slightly younger was my saviour.  Gee I wanted that nut bag!!!!!!

After washing out the blender, I put the milk back in the blender and added a pinch of salt, ¼ of a teaspoon of cinnamon, a good teaspoon of vanilla essence and blended it again, decanting it into a 1 litre bottle.

I certainly didn’t save any money by making my own almond milk, but I have saved myself ingesting a whole lot of additives and chemicals.  I feel satisfied that I made this myself and the best thing is ….. it is yum.   But, wait till your nut bag has arrived before you make your own.

My Favorite Recipe so far 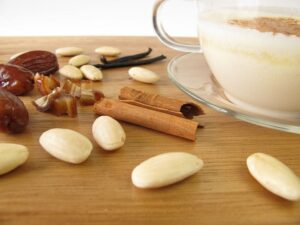 Almond Milk is very versatile and can be used as a cows milk replacement.

I was surprised to find Almond Milk to be both delicious and versatile. Learning how to make Almond Milk was pretty easy and now that I am aware of the benefits of Almond Milk, I can see why the popularity of Almond Milk is trending upwards. A revolution indeed. You might also be interested in Kefir.

Kefir to improve your Health